FCPA: The BizJet DPA: Cooperation is the Key 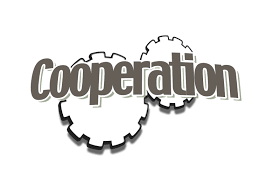 Last week, the Department of Justice (DOJ) announced the resolution of an enforcement action under the Foreign Corrupt Practices Act (FCPA) involving the Tulsa based company, BizJet. The company is in the business of providing aircraft maintenance, repair and overhaul services (MRO) to customers in the US and internationally. BizJet ran into FCPA trouble regarding its Latin American operations, specifically in the countries of Mexico and Panama. BizJet employees and executives were involved in multi-year running bribery scheme which paid hundreds of thousands of dollars for these MRO contracts. These payments were discussed at the highest levels of the company, including the Board of Directors, and occurred from 2004 until 2010.

The above bribes were characterized as “commission payments” and “referral fees” on the company’s books and records. Payments were made from both international and company bank accounts here in the United States. In other words, this was as clear a case of a pattern and practice of bribery, authorized by the highest levels of the company, paid through US banks and attempts to hide all of the above by mis-characterizing them in the company’s books and records.

I set out these facts as listed in the DPA in some detail to show the serious nature of enforcement action. However, the clear import that I found in this is that a company can make a comeback in the face of very bad facts. The calculation of the fine, based upon the factors set out in the US Sentencing Guidelines, ranged between a low of $17.1MM to a high of $34.2MM. The final agreed upon monetary penalty was $11.8MM. This is obviously a significant reduction from the suggested low or high end, or as was noted by the FCPA Blog “BizJet’s reduction was 30% off the bottom of the fine range, and a whopping 65% off the top of the fine range.”

How did BizJet achieve this reduction and avoid an external monitor? As reported by the FCPA Professor, the following were factors:

(a) following discovery of the FCPA violations during the course of an internal audit of the implementation of enhanced compliance related to third-party consultants, BizJet initiated an internal investigation and voluntarily disclosed to the DOJ the misconduct …;

(b) BizJet’s cooperation has been extraordinary, including conducting an extensive internal investigation, voluntarily making U.S. and foreign employees available for interviews, and collecting, analyzing, and organizing voluminous evidence and information for the DOJ;

(c) BizJet has engaged in extensive remediation, including terminating the officers and employees responsible for the corrupt payments, enhancing its due diligence protocol for third-party agents and consultants, and instituting heightened review of proposals and other transactional documents for all BizJet contracts;

(e) “BizJet has agreed to continue to cooperate with the DOJ in any ongoing investigation of the conduct of BizJet and its officers, directors, employees, agents, and consultants relating to violations of the FCPA.

Reports to the DOJ

As mentioned, the company avoided an external monitor. However, it agreed that it would report “at no less that twelve-month intervals during the three year term” [of the DPA] to the DOJ on “remediation and implementation of the compliance program and internal controls, policies and procedures” which were listed in Attachment C to the DPA (the DOJ guidelines for a minimum best practices compliance program). The initial report was required to be delivered one year from the date of the DPA and would also include BizJet’s proposals “reasonably designed to improve BizJet’s internal controls, policies and procedures for ensuring compliance with the FCPA and other applicable anti-corruption laws.”

Cooperation is the Key

Last week I attended the Ethisphere 2012 Global Ethics Summit where Lanny Breuer closed the conference. He did not present a speech but engaged in dialogue with Alex Brigham and took questions from the audience. One of the clear points Breuer emphasized was that if companies will come to the DOJ, make a voluntary disclosure and fully cooperate, it will pay dividends. I believe that this is clearly the case in the BizJet matter. Here you had a multi-year bribery scheme in place, not only approved at the highest levels of the company but with active involvement from senior managers, yet the final monetary penalty was almost 30% below even the lowest in the Sentencing Guideline range. Clearly BizJet benefited through its cooperation with the DOJ and that message should be made clear to any other company which might find itself in such a “fine mess.”