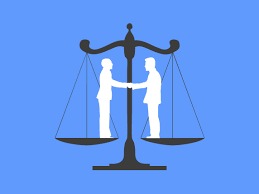 I recently explored the issue of ‘extraordinary cooperation’ in the context of a Foreign Corrupt Practices Act (FCPA) enforcement proceeding and some of the concrete steps that a company could take to reduce its overall penalty assessed by the Department of Justice (DOJ). However there is an additional step which a company should engage in before it receives its final penalty amount. This step is the negotiation with the DOJ over the amount of the penalty. Never having gone through such an exercise, I have often wondered what factors a company might put forward for DOJ consideration in this process. So I put that question to three persons with whom I shared a panel at the Dow Jones Global Compliance Symposium: Rich Plansky, Managing Director, Kroll; Eric Situarchuk, Partner, Morgan, Lewis and Bokius and Gary Giampetruzzi, Assistant General Counsel, Pfizer.

Plansky emphasized that it all begins with credibility. This credibility must begin in the initial self-disclosure, if such is made and it must continue throughout the investigation process. A company must engage in a credible investigation through the use of skilled and independent investigative counsel and it must use investigation techniques that the DOJ will recognize as sufficient such as in areas such as computer imaging and document retention. He said that a company must turn over all its findings, both good and bad to the government.

Sitarchuk said that he would emphasize two points in negotiation with the DOJ. The first is the collateral consequences if a proposed penalty is viewed as too high. The consequence of a penalty which is too high, after a company self-reports and cooperates throughout the pendency of an investigation, could be that it deters other companies from self-reporting FCPA violations to the DOJ. The second point would be to discuss the total impact in cost to the company of the incident. So if a public company is involved, this line of argument could include such things as the costs for defending, settling any shareholder lawsuits which might follow on an FCPA enforcement action and other documented and relevant costs. There may also be other non-monetary consequences he would bring up as well, such as potential debarment or other legal remedies that the company may be facing in the US or abroad.

All three panelists made clear that the working relationship you establish during the entire process is critical to the end result. Recognizing the different interests that each party represents and speaking towards satisfying those interests is an important role for any lawyer in the process, whether DOJ lawyer, outside counsel representing the company or in-house counsel involved in the process. The final result is a negotiation but the negotiation does not begin simply when the DOJ proposes a number for the penalty. It begins and continues throughout the process.