FCPA: London Calling: The Olympics and Corporate Hospitality under the UK Bribery Act 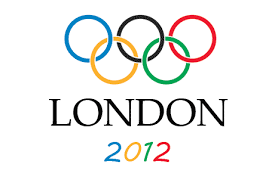 As The Clash sang, London Calling, and the London Olympics are now less than 100 days away. One of the areas which has generated the greatest amount of hyperbole is over corporate hospitality at the upcoming 2012 summer Games. There has been rampant speculation that under the UK Bribery Act, corporations may well be prosecuted for providing corporate hospitality events before or during the Games. Indeed some have speculated that even purchasing a ticket at the face price for a client or customer would draw the scrutiny of the UK Serious Fraud Office (SFO). As a lawyer, I certainly appreciate the ‘going down the slippery slope’ argument and I may have even engaged in that technique once or twice. However, neither the UK Bribery Act nor the US Foreign Corrupt Practices Act (FCPA) prohibits corporate hospitality. Further, I think the ‘slippery slope’ argument is one that fails to stand up to scrutiny.

However, recognizing that my interpretation of UK law is simply that and I am not licensed to practice law in the UK and hence cannot provide a legal opinion on the Bribery Act, I went to thebriberyact.com to see what thebriberyact.com guys (who are licensed to practice law in the UK) might have opined on this issue. They have a couple of interesting posts up on this specific issue. Recently they had the opportunity to put this question to the SFO and, in a blog entitled “The SFO’s view on corporate hospitality”, they have posted what they heard from the SFO, , which I quote in its entirety::

The SFO have told us that they will be looking at five factors when considering corporate hospitality in the context of the Bribery Act.

Where the SFO is considering whether any particular case of corporate expenditure appears to fall outside the bounds of reasonable and proportionate hospitality, it will be looking to see whether:

1.    the company has a clear issued policy regarding gifts and hospitality,

2.    the scale of the expenditure in question fell within the confines of such policy and if not, whether special permission for it had been sought at a high level within the organization,

3.    the expenditure was proportionate with regard to the recipient,

4.    there is evidence that such expenditure had been recorded by the Company,

The inference that the expenditure was intended as a bribe would be strengthened if it should transpire (a) that there had been any unjustifiable ‘add-ons’, for example with regard to travel or accommodation, or (b) that that the expenditure in question could be related in time to some actual or anticipated business with the recipient, particularly in a competitive context.

In another post, entitled “Jo Morgan CCO IMI PLC – Debunks Olympic corporate hospitality myths”, the guys questioned a compliance practitioner Jo Morgan, the Chief Compliance Officer (CCO) of IMI PLC, a global engineering group focused on the precise control and movement of fluids in critical applications.  The question posed to Jo and her answer are as follows:

Question: I’d like to entertain some clients at the Olympics in the summer. I’ve read lots in the press about lavish hospitality being outlawed by the Bribery Act. My concern is that some of the tickets for popular events run into thousands of pounds and so I’m concerned that the amount is too much. On the other hand, the Olympics is a once in a lifetime chance for us to entertain our best clients. Surely, I can’t be prevented from inviting clients along as a result of the Bribery Act? Help.

Answer: Here at IMI plc we have very clear guidelines on entertaining. We have monetary limits above which one needs Executive Director approval for the event. In reviewing such requests the Directors look at:

I do not believe that it was the intention behind the Bribery Act to prevent attendance at events such as the Olympics and therefore if you consider the points above and you are comfortable with answers then you should be OK.

So for those of you who need “English English” translated into “American English” (or Texan for that matter), I think what both thebriberyact.com guys and Jo are saying is that your company should have a written policy on corporate hospitality and procedures for following that policy. If you want to take a customer or client to the Olympics, follow your company’s written procedure so that if the amount you intend to spend is above the limit set forth in the policy, follow the procedures and fill out the required forms and obtain approval before you engage in the corporate hospitality. You need to make certain that the hospitality is proportional AND that it is allowed by both the laws of the home country of the recipient and his or her employer. Lastly, all corporate hospitality must be correctly recorded in your company’s books and records. But at the end of the day, I think Jo Morgan’s final test may be the most appropriate, what we might call the “Wall Street Journal” test. How would your company feel (and you too for that matter) if the corporate hospitality you engaged in at the Olympics was reported on the front page of the Wall Street Journal?

Sometimes common sense is a good rule of thumb. And document, document document.