FCPA: Neither snow, nor rain, nor heat…Communicating Your Compliance Story 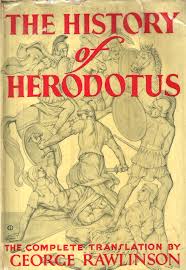 The Persian Royal Road was built to facilitate rapid communication throughout the Persian Empire. Mounted couriers could travel across the Empire, approximately 1,677 miles; in seven days, the equivalent journey on foot took ninety days. The Greek historian Herodotus wrote of these messengers, “Neither snow, nor rain, nor heat, nor darkness of night prevents these couriers from completing their designated stages with utmost speed” this was later inscribed on the James Farley Post Office in New York and is sometimes thought of as the United States Postal Service Creed.

While communications certainly can be speedier these days, I thought about Herodotus’ quote when I read an article in the Corner Office Section of the Sunday New York Times, entitled “What’s Your Story” Tell It, and You May Win a Prize”. In the article reporter Adam Bryant interviewed Russell Goldsmith, the Chairman and Chief Executive Officer (CEO) of City National Bank in Los Angeles, CA. The article focused on how Goldsmith, who came out of an entertainment industry background, brought the art of storytelling and other techniques which could be used by the compliance practitioner to help employees learn how to do business in an ethical and compliance manner.

City National Bank has a program called ‘Story Idol’.  Each quarter the company puts on a competition among its 79 offices. It is designed to create a mechanism “to give colleagues a pat on the back and a moment in the sun for doing the right thing, and it democratizes and decentralizes positive reinforcement.” This is coupled with an annual Story Idol competition in a meeting with the top 300 employees of the company. Employees tell stories “about what they did that promoted teamwork or helped a client by going the extra mile. It’s like telling stories around a campfire, but they’re doing it around conference tables.”

The contest begins with an online submission, where all stories can be read and then voted on by all employees. The winner from each quarterly competition receives an iPad and for those employees who go the extra mile with assisting customers and clients; they are eligible to receive a cash award as well. The quarterly winners are then eligible for the annual prize.

As the CEO, any prospective hire that makes it up to him for an interview has been vetted from a technical competency perspective so Goldsmith focuses on character. He does this by directly asking the prospective hires what their expectations are in coming to work at City National because if the person is not a good match for the company, both parties will be better off if he or she does not go to work there in the first place. Goldsmith also asks if a prospective hire has any questions for him. Goldsmith believes it is important for a candidate to not only have questions but to ask them as well. He stated, “Not because I want them to kind of butter me up or something. It tells me several things. Sometimes people don’t have a single question. And if you have any curiosity, here is your window. I mean, you are thinking of changing your entire career and you have 40 to 60 minutes with the C.E.O., and you don’t have a single question about the company?”

He wants employees who are not so intimidated that they are afraid to ask questions. Further, he thinks that if “you have no curiosity, then you are in the wrong company.” Additionally, Goldsmith believes that from the questions a candidate asks, he can get a feel for what their character is. He said, “I can tell a lot by the kind of question. Is it a fawning question or is it a real question?”

Goldsmith appreciates taking a “fresh look at the company” through the eyes of new hires. One of the ways he does this is in large meetings where he will “will reach out to some of the new people beforehand, and I’ll just say, “When the meeting’s over, shoot me an e-mail and tell me what worked at the meeting, what didn’t work, what did you like, what didn’t you like.”” He believes that this technique communicates that City National is trying to build a culture of speaking up so that ideas and concerns are communicated in the company and those communications are acknowledged as important.

There are several items from Bryant’s piece on Goldsmith and City National which you can use in your compliance program. His Story Idol is an excellent concept to get compliance victories across in a teaching method which demonstrates companywide commitment to compliance and ethics. Goldsmith’s use of questions during interviews is an important technique for hiring personnel to incorporate in any prospective employee interview. What does a candidate think about compliance and ethics? Are they committed to doing business in an ethical manner? Will they report violations of the company Code of Conduct? These are just some of the questions which should be asked. Lastly, when you have the CEO bring up compliance in large meetings, it certainly communicates a tone from the top which is important and must be the starting point for any successful compliance program.

We began with Herodotus and the importance of the Persian messenger system to the Persian Empire. The messenger is still important even if the medium is different than an ancient Pony Express Rider galloping at full tilt. Story Idol is a medium to use to communicate important victories inside City National. It is a medium that you can use in your compliance program as well.