FCPA: How Do You Change an Unhealthy Compliance Culture? 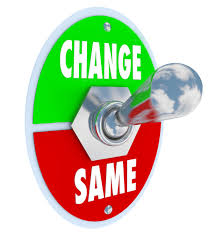 What is a healthy culture and how do you change an unhealthy culture? I have always thought that baseball was a simple game: you throw the ball; you hit the ball; you catch the ball. I had also thought that you could measure whether a baseball team had a healthy culture with a fairly easy-to-understand metric; that being wins and losses. For example: the more wins that your team has the better it should be, conversely the more losses your team has the worse it should be viewed.

Based upon this fairly straightforward metric, I would have said that the Houston Astros did not play baseball very well in 2011, when they lost 106 games and won 56 games. I would have also said that they are an even worse team this year as they are on track to have an even shoddier season; their current trajectory is for 109 losses vs. 53 wins. All-in-all a pretty unhealthy baseball culture.

However, it turns out that my straightforward analysis of baseball culture is in fact too simple. As reported in the Houston Chronicle, team owner Jim Crane said “he believes sophisticated baseball fans are in tune with the team’s plans.” I would have thought that having not only the worst record in baseball and indeed the worst record in the history of the Houston franchise showed that the culture of baseball is not particularly good right now in Houston. However, it turns out that I simply have an “unsophisticated” view of how to approach the Astros culture and losing for the past three years and up to the next five years is the team’s culture plan. On a more positive note, in the same interview Crane said that the redesign of the Astros uniform that he has been so diligently working on has been submitted to Major League Baseball (MLB) for approval. So, if a winning baseball culture includes redesigned uniforms, it sounds like the Astros are the team for you.

I thought about the Astros culture of losing, my “unsophisticated” view of baseball and the Astros redesigned uniforms when reading a recent article by Andrew Hill in the Financial Times (FT), entitled “Lofty Aspirations”. Hill quoted Roger Steare, an expert on corporate leadership, values and ethics, who said that culture “describes the way human beings behave together – what they value and what they celebrate.” Hill posed the question of whether it is possible for government policy makers or regulators to shift the behaviors and values of scandal hit sectors of the business and if it is even desirable. Hill looked at the ongoing crisis in the financial services sector and found that it is so deep that regulators in the UK have “explored whether to intervene to influence corporate culture.” Hill cited a speech from 2010 by Hector Sants, then head of the Financial Services Authority (FSA) where he said that regulators can ask a Boards of Directors to provide agencies with “evidence of healthy culture, such as functional whistleblowing regimes, positive customer and employee engagement surveys, and a system for challenging “group think” at board level.” However, Sants also cautioned that “I don’t believe the regulator should be enforcing culture because it’s a contradiction in terms: if you enforce culture, you get a police state with compliance on the surface and subversion underneath.”

Hill argues that the best way to effect culture “is to combine strong leadership with the existing internal elements of a healthy corporate culture.” Further, for businesses which are “assailed by allegations of bad behavior is that, while it may take as long to create a good culture as it does to establish a good reputation, a strong set of values is usually harder to destroy unless the company is itself dismantled or taken over.” Hill went on to cite one example where a company Chief Executive Officer (CEO) had a strong “Lutheran philosophy” and the Chairman of the Board had a more creative tone. They certainly had a tension but this tension played out as constructive discussions at the highest levels of the company and did not allow for a shift too much in one direction or the other.

Hill recognizes that many CEOs want to create the type of company at which they wish to work. However, if they desire to make such changes they must communicate “from the start the values staff were expected to follow.” Nevertheless, Hill continued, “the message needs to be constantly reiterated, in person.” He also noted a “that a strong corporate culture will not on its own protect a company that has a bad strategy, poor governance or a weak business idea, let alone one that takes the wrong operational decisions.” Hill cited from the book “In Search of Excellence” where authors Tom Peters and Robert Waterman pointed out that “poorer-performing companies often have strong cultures, too, but dysfunctional ones. They are usually focused on internal politics rather than on the customer, or they focus on ‘the numbers’ rather than on the product and the people who make and sell it.”

All of this would seem to point, again and again, that a company’s values not only starts with tone-at-the-top but those values must be communicated again and again. Hill closed his article with a quote from Roger Steare, who said that he always asks the Directors that he consults with what is the purpose of their entity. “If they respond ‘To make a profit’, I know we’ve got a problem?” So how about the Astros and their culture? Do they have strong culture but are simply dysfunctional? Or do they need an intervention or structural change? Maybe all three…