How Do You Change a Corrupt Culture? 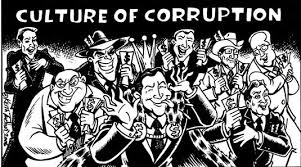 As most compliance practitioners know Siemens AG paid not only the largest Foreign Corrupt Practices Act (FCPA) fine in the history of the world at $800MM but also paid the same amount to the German government, this makes for a total fine of $1.6bn back in 2008 when that was real money.

In addition to these fines and penalties the New York Times (NYT), in an article entitled “The Mounting Costs of Internal Investigations”, stated that Siemens “reported incurring costs of more than $1 billion for a global inquiry into payment of bribes to foreign officials to win business.” In other words, it cost Siemens an uber amount money to clean up this huge mess.

Nevertheless clean it up they did and the company has come back even stronger and more profitable. A recent article in the November issue of the Harvard Business Review (HBR), entitled “The CEO of Siemens On Using a Scandal To Drive Change” explains how he did so. In late 2007, Peter Löscher was hired as the first outsider to become the company’s Chief Executive Officer (CEO) since its founding in 1847. Löscher’s attitude when he was hired can be summed up with the following quote from the article “never miss the opportunities that come from a good crisis – and we certainly didn’t miss ours.” More importantly, Löscher’s recognized that as strong as a strategy might be, the key is in how you execute that strategy. In other words, it does not matter how strong your compliance program is, if you do not follow it, you will most probably fail in this area.

Löscher had two immediate goals to achieve in his first 100 days as Siemens’ CEO. The first was to get to know the company. The second was to work quickly to change how it was organized. To accomplish his first goal Löscher literally went on a round the world tour of the company’s facilities, including meetings with customers, local governmental officials and Siemens employees. He accomplished this final component through meetings with local leadership teams, town hall-style meetings with all employees and dinners with top leadership teams in specific locations. He basically learned that Siemens employees were “shocked and ashamed, because they were very proud to be a part of Siemens.”

This last point, the pride that company employees had in Siemens, made his next series of steps not only easier but possible. Löscher had to get rid of the two tiered Board system that Siemens had in place; that being a Managing Board and a Supervisory Board. He had to ask 80% of the membership of the Managing Board to leave their positions. He reduced 12 operating units down to eight. Finally, Löscher had to create new positions for the heads of Supply Chain, Legal and Compliance.

Löscher recognized that Siemens would have to change its operational structure as well. Many of the country organizations were focusing on non-core business or were actually competing against other groups within Siemens. The geographic organization of the company was grouped into 70 clusters of such businesses and Löscher reduced them down to 20. Global CEO’s of these clusters would report directly back to Löscher. He believed all of these changes were important to help reduce the company’s bureaucratic structure so that it could operate more nimbly across the globe.

Löscher thought it was also important for all of the company to review what Siemens termed “megatrends” through which it would organize its businesses to take advantage of broad global changes. For instance, changes in demographics, globalization and one added by Löscher, that being an environmental portfolio. This last component was the company’s first new strategic pillar. To this Löscher then added an emphasis on company infrastructure and lastly to be industry “pioneers” through innovation.

Löscher also took on the diversity, or rather the lack of it, in Siemens. This campaign began with this simple statement to the Financial Times (FT), “Our organization is too male, too white and too German.” While this statement caused an uproar, it did clearly set out the tone that Löscher was trying to communicate to the employees of the company. He clearly set the tone at the top of the company and the employees knew that if Löscher said it, he meant it.

From the Compliance Perspective

Löscher stepped into a company where bribes were not only legal in its home country of Germany until 1999 but German corporations could deduct bribes from taxable income as business expenses. The HBR article reported that Siemens identified $1.6bn in “questionable payments” that it made around the globe from 2000-2006. Both US and German prosecutors investigated the company in what has to date been the most massive international corporate corruption and bribery investigation.

The lessons from Peter Löscher and how he changed the business culture at Siemens are very pertinent for the compliance practitioner. The first is that there must be a clear ‘tone at the top’ that bribery and corruption will not be tolerated and he made it clear that bribery and corruption would not be tolerated. While the company instituted the gold standard of compliance programs, it is the execution of this program which makes Siemens stand out today. From the organizational perspective it is the direct and clear reporting channels which are the biggest structural change. The compliance function needs not only clear reporting channels but there must be clear lines of authority for the business units to access when compliance issues arise. This leads not only to transparency but also accountability by the business unit. This last point makes the monitoring and auditing function more viable as tools within the company’s overall compliance regime.

The Siemens story is an important one in both the compliance world and in the greater business world. It demonstrates that a company can change not only its culture but its infrastructure so that it can operate and do business ethically. The final word is that Siemens is now more profitable that it ever has been, even with all the investigative costs, fines and penalties and organization and structural changes. It has become an example of how a company can do business ethically and profitably.