The Red Scare: Knowledge and the Importance of Due Diligence 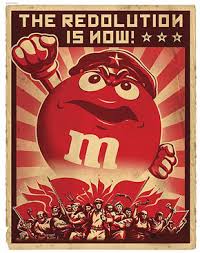 Ed. Note-we continue our series of guest posts from our colleague Mary Shaddock Jones, who today looks at the importance of due diligence.

At midnight on November 9, 1989, East Germany’s rulers gave permission for the Berlin Wall, separating East and West Berlin, to be opened up.  Ecstatic crowds immediately began to clamber on top of the Wall and hack large chunks out of the 28-mile barrier.

I remember viewing the scene on T.V.  It was a momentous moment in world history. For those of you who may not know, while East Germany never officially adopted a “red flag” for its country, on most official buildings, the national flag (black-red-gold with hammer and circle) was flown with a solid red flag flown next to it!  Twenty-two years later the “fall of the Red Flag of East Berlin”, seems like distant memory.  However, for businesses doing business internationally the “red flag” has once again come to represent a warning or a threat in terms of liability under the FCPA

The Lay Person’s guide to the FCPA published by the Department of Justice warns U.S. firms about their choice of overseas partners and agents. A bad choice is someone who is likely to make corrupt payments. That likelihood, the DOJ says, is usually indicated by warning signs called “red flags.” If there are red flags to start with, and if the intermediary does bribe a foreign official to help the business, the company will have trouble arguing it shouldn’t be responsible for an FCPA violation based on an indirect corrupt payment.

Red flags, as the name suggests are easy to spot, and include such things as: (1) unusual payment patterns or financial arrangements;  (2) a history of corruption in the country;  (3) a refusal by the foreign joint venture partner or representative to certify that it will not take any action that would cause the U.S. firm to be in violation of the FCPA; (4) unusually high commissions; (5) Lack of transparency in expenses and accounting records; (6) An apparent lack of qualifications or resources on the part of the joint venture partner or  representative to perform the services offered; and, (7) a recommendation from the local government of the intermediary to hire this particular third party.

Although red flags are often relatively easy to discover, the failure to look may result in a company being subject to severe penalties.  As a result,  prior to dealing with any third party, companies should conduct Due Diligence in an  attempt to discover whether the third party is involved in any prohibited corrupt practices or has some connection to a foreign government official that you may not be aware of.  Due diligence is thus an essential tool, as it allows one to acquire knowledge of any existing or potential “red flags”, thus enabling entities to make informed decisions on whether or not to interact with or transact business with certain persons and entities.

When conducting due diligence of high-risk third parties, one should typically employ the services of  third party professionals.  These professionals can help insure that the high risk third party does not pose potential FCPA liability through the use of various means such as: checks of corporate filings and business records, legal proceedings, Internet searches, and adverse media checks.  Furthermore,  many emerging markets and developing countries pose such a great risk of FCPA liability, that additional due diligence procedures including “in-country” (a/k/a “boots on the ground”) searches may be required such as: conducting searches of localized public records, phone interviews, site visits, and reference checks.

Under the U.S. FCPA,  the Company and its Personnel could be liable for indirect offers, promises of payments, or payments to any Government Official (or to private entity if the UK Bribery Act is involved) if such offers, promises, or payments are made through an Agent or Partner with the knowledge that a Government Official will be the ultimate recipient. As a result, it is important that the Company, through the Company Compliance Officer, consider the necessity of conducting anti-corruption due diligence on a prospective Agent or Partner. If after performing a risk assessment the Company concludes that a due diligence investigation should be conducted, then the extent of the investigation must be determined.  The degree of due diligence the Company will perform depends upon a lot of factors, including the dollar value of the arrangement, the expected contact with government officials, and the country at risk.  In making the determination, the Company will consider whether the transaction raises “red flags”.

Examples of common “red flags” with third parties are as follows:

All due diligence investigations conducted by the Company will include an analysis of potential “red flag” issues.  Investigations of potential “red flag” issues should be carefully documented and relevant documents, such as due diligence, questionnaires, reports, and compliance certificates, should be maintained by the Company Compliance Officer or his or her designee.

On Monday, we will examine contractual language to consider when contracting with approved Agents and Partners.  Stay tuned.