The High Costs of Non-Compliance! 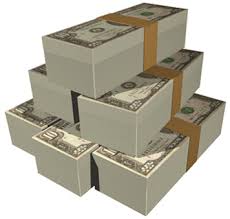 On November 13, 1923 a special committee was formed to determine whether Germany would be required to pay for the substantial war debt incurred by Great Britain and its allies in the wake of the first Great War.

The substantial monetary penalties imposed would only take Germany a mere 77 years to pay off, as the last 94 million dollar reparation payment was made on October 4, 2010.  Today, the substantial debt incurred by Germany, as a result of their transgressions during WWI, appears to be but a distant memory for most people.  However, for at least one German company, the imposition of substantial penalties as a result of past misconduct, albeit misconduct of a different nature from Germany in 1923, may be too severe to fade from their memory anytime soon.

On November 29, 2006 Siemens AG, a German conglomerate with over 475,000 employees, operations in 190 countries, and yearly revenue exceeding €87 billion euros, was raided by the Munich prosecutor following allegations that the Company had made various corrupt payments.  In response to this raid, the Siemens board of directors began an unprecedented internal investigation aimed at determining whether anti-corruption regulations had been violated. According to settlement documents, Siemens hired more than 300 lawyers, forensic accountants and support staff from law firm Debevoise & Plimpton LLP and accounting firm Deloitte LLP for a two-year internal probe.  The company estimated that the firms racked up 1.5 million billable hours. The investigation spanned 34 countries and included 1,750 interviews. Of the roughly 100 million documents collected in the investigation, Siemens produced about 24,000 documents for the Justice Department.

Together these two independent firms conducted the investigation, which included:

It has been reported that the internal investigation cost Siemens around €550 million euros, with €204 million going to Debevoise and €349 million going to Deloitte. What is even more shocking is that the €550 million euro investigation fee was in addition to the €1 billion euro fine and penalty subsequently imposed by the DOJ and German authorities, as a result of Siemens past corrupt practices.

These are only the internal investigation costs.  We don’t know if there will be any fines or penalties imposed upon these organizations.  But can you imagine if your company had to pay millions and millions of dollars for the investigation and then get hit with fines and penalties in the range that we have seen in the last few years?

At this point you might ask yourself:  “Well now that I know what happens if we don’t comply with the law- what exactly am I required to do in order to implement a solid compliance program?”  The answer to this question is simple.  You just have to look at the law, the guidance provided by the various governments, (DOJ, SEC, and UK Fraud office), read what other people failed to do AND you can read tomorrow’s blog!